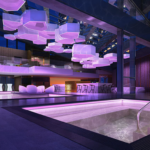 One of the newest additions to Vancouver is also its most eye-catching: the stylish sophistication of Drai’s Vancouver.

More than a bar and restaurant, this day-and-night destination spot sports a pool as well as a breathtaking visual environment. Establishing it as a danceclub to attract Vancouver’s discerning nightlife crowd called for pristine sound, a requirement that was entrusted to Criterion Acoustics.

CA performed an environmental noise study and all room acoustics for the complex space, which presented myriad challenges. “Musical intelligibility was a top priority for management in order to attract elite DJ’s and the fans that follow them,” says David Kotch, President of Criterion Acoustics. “A centerpiece of Drai’s Vancouver is its glass atrium. It’s a visually stunning feature that creates a great deal of acoustical reflections. The presence of a swimming pool within the club introduced further complications.

“We used the modeling package in Odeon Room Acoustics Software to run simulations, and then create a design. The space had an extremely long reverb time, which required extensive acoustical absorption to tame. Working closely with Drai Vancouver’s interior designer, we created discreet treatments such as high-quality shades with great acoustical absorption capabilities. The result was a crisp, high-powered listening experience that works hand-in-hand with the venue’s spectacular look.” 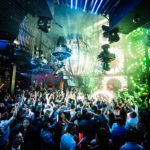 The Marquee Las Vegas is a live venue that stands out on the Las Vegas Strip. A 3,000 capacity nightclub/dayclub within the Cosmopolitan Las Vegas, its outstanding sound comes via Criterion Acoustics. 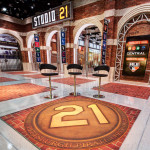 Located in Secaucus, NJ, MLB Network (MLBN) has built a reputation as one of the world’s most innovative hubs for content creation and distribution. A recent addition is Studio 21, an innovative space that combines elements of the traditional ballpark with a highly advanced TV studio.

MLBN selected Criterion Acoustics (CA) to make sure there would be audio precision to match the striking setting and up-to-the-minute visual technology, which includes augmented reality graphic components. CA performed all mechanical noise control, sound isolation and internal room acoustics for the large-scale studio, which was situated in an environment that presented multiple challenges.

“MLBN’s Studio 21 is an amazing space, but bringing the acoustics up to broadcast quality required extensive problem-solving,” says Dave Kotch, President of Criterion Acoustics. “There were major mechanical noise issues stemming from two very large custom air handlers that were immediately adjacent to the studio, with very limited space available to make robust fire-rated walls and partitions. We addressed those by modeling noise and vibration measurements from a major arena with similar air handlers, using them as a basis for our design.”

Sound isolation was also a significant issue for Studio 21, which was constructed near a major truck thoroughfare where heavy vehicles are moving 24/7. Taming the vibrations was essential not only from a sonic standpoint, but also to provide maximum image stability for MLBN’s multi-camera setups capable of shooting in 4K.

“We performed baseline ground-borne vibration measurements, then engineered vibration insulation systems that successfully minimized truck noise,” Kotch explains. “Our system works so well that MLBN was able to use Studio 21 right away, even as building construction outside the studio continued. That saved our client time so they could get an immediate return on their investment.”

Visit here to learn more about Studio 21, and see a time-lapse video of its construction.